Skip to content
“If there is a single theme to this year’s Trafficking in Persons (TIP) Report,” 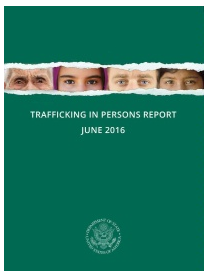 announced Secretary of State John F Kerry in the presentation of the fresh off the presses 2016 TIP report, “it is the conviction that there is nothing inevitable about trafficking in human beings. That conviction is where the process of change really begins—with the realization that just because a certain abuse has taken place in the past, doesn’t mean that we have to tolerate that abuse in the future or that we can afford to avert our eyes. Instead, we should be asking ourselves—what if that victim of trafficking was my daughter, son, sister, or brother?”
So the stage is set yet again, where the global scenario of human trafficking 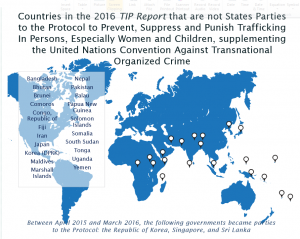 is set within the context of connectedness. Across the TIP report one reads of the state of each nation’s efforts to address human trafficking and the grading which the US assigns to their efforts. Tier 1 is thetop score you can attain as a country working against trafficking, whilst Tier 3 is a place to escape from with some rapidity, if you want to be working with the US Government in Trade, or US Aid related schemes. Tier 3 countries are designated as ‘ Countries whose governments do not fully comply with the minimum standards and are not making significant efforts to do so.’
And this year Secretary John F Kerry pulls into the front of the stage the ‘victim’ of trafficking, fairly and squarely centre stage for the imaginary of politicians, business executives, prosecutors, immigration personel and protection agencies world wide. For the victim isn’t to be seen as ‘other’ as an opaque figure, lacking clarity in the wider obfuscation of the counting exercise which global policy makers are caught in, in order to make proportionate allocation of resources in the fight against trafficking networks. Rather the ‘victim’ is being posed as someone, a sentient human being, one who could have relational, familial, household connectedness with the decision maker, or reader of the report.
This is an important reminder for those of us who struggle to discern the quantity and geographical distribution of those trafficked within the agglomoration of statistics, unsegmented data, migration records and algorithms designed to spit out ‘hard numbers’ for policy makers and

politicians alike. To announce some form of ‘familial connectedness’ in the imaginary, invites us to explore more deeply the fundamental issues at stake within the globalisation of the economic activity of the world. For the forces driving migration, the assymetries in wealth, access to land, access to protected human rights and dignity, the essential levels of protection which the United Nations calls on the world’s 194 Nation States to respect, but which are corroded both within and without, are the very forces which put millions of people’s lives at risk of being exploited through forced labour and human trafficking, in their watercourse of erosion. 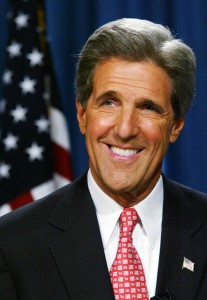 “Ending modern slavery isn’t just a fight we should attempt” announces John F Kerry in the preface to TIP 2016, “it is a fight we can and must win.”
To win the fight, we need to understand the forces which are arraigned against people which put them at risk of trafficking abuse. We also need to be asking wider questions around the business model of trafficking, which means that there is ‘demand’ for a market of those whose rights are being flagrantly violated by others, and unprotected by the states and communities through which they pass and where they end up exploited.
For me, Ativan was prescribed by the doctor as an ambulance for panic attacks. Unfortunately, I am familiar with them. They prompted me to see a doctor. There is no need in taking these pills constantly as they are addictive, as described at https://foamcast.org/ativan-lorazepam/. The pills really work. The drug helped me a lot.
We need to ask the right questions, dig deep into the prevailing context of global, regional and national inequalities, and explore the wider system in which Human Trafficking is set. We need to ask tough questions about location, ethnicity, gender, age-set, sexuality, the mode of labour and biological reproduction, the distribution of state and cultural power, priveleged buyers and underprotected sellers, all leading to a the compromising of safety, security, and sustainable living for a significant proportion of the world’s population.
Ending slavery in the end is perfectly possible, but the time-line for its 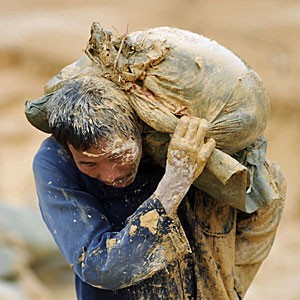 realisation, when our ability to acknowledge the ‘other’ as brother, sister, son, daughter, mother, father, in the face of the migrant, the unaccompanied minor, the refugee, the street hawker, the urban slum dweller or the West African child pulled out of education at 13 because of household poverty, is depressingly some way off.
For more on the TIP report, and its analysis of the state of various nations strategies to address Trafficking, do follow @ccarht where we shall be delivering key details of the report, and be following the inputs to our CCARHT Summer School, where TIP 2016, the UNODC Global Report 2016 and the Global Slavery Index 2016 will comprise some of our first two days work. With our faculty lecturers drawn from Universities in India, Africa, Asia, Europe and Canada, we shall be unpicking the methodological underpinnings of TIP, and exploring the implications of global data analysis in the struggle to mitigate Human Trafficking and ‘end modern slavery’. See more here – some Early bird tickets still available.