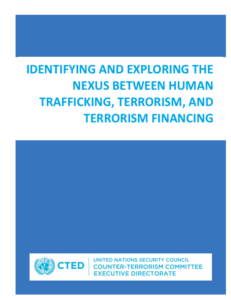 Terrorism and Human Trafficking
A significant and recent report out by the United Nations Security Council, reflecting concerns raised in 2018 at CCARHT’s 5 Ts conference in Cambridge, where members of YAZDA brought their testimony of the atrocities and the links with Terrorism, Trauma, Finance and Trafficking: their testimony made clear yet another bitter addition to the catalogue of human trafficking violations to our common humanity, to our symposium members. 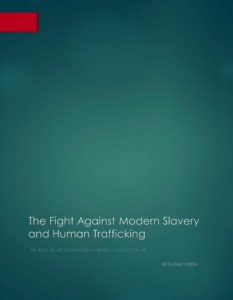 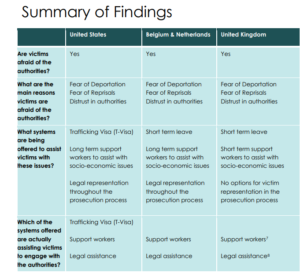 This is a worth while and enlightening comparative study between services for Victims of Trafficking in the US, Belgium, the Netherlands and the UK, and the correlations to be discovered in the variance of support in relation to the number of prosecutions undertaken through the associated country’s Criminal Justice System (CJS).
The results are promising – the difference in the length of guaranteed support for VOTs, the quality of support including their ability to work whilst in their country of former exploitation, and the level of co-operation VOTs bring to the CJS to enable the launching of successful prosecutions manifest some significant interconnection. This is a timely report which should be on every politician’s and CSO’s desk who are advocating for enhanced protection and support for VOTs . Clarity has been brought in this study around a critical dimension of the counter trafficking process, which is currently undermining successful prosecutions of Human Trafficking crimes within the UK. It has also profound implications for countries not investigated in this report by extension, of the integral relationship between support and prosecutions, demonstrated through a careful piece of research funded by the Winston Church Memorial Fund.

‘For many victims, part of the recovery process following their escape is to seek justice and redress through the criminal justice system (CJS). The Code of Practice for Victims of Crime (Victims’ Code)4 outlines clearly and precisely the level of service that victims of crime are entitled to receive. However VOTs have particular needs, which are not addressed by the Victims’ Code or the MSA. Indeed, a recent report from the Anti-Trafficking Monitoring (ATMG) group, which conducted UK based research with government representatives, support agencies, lawyers, NGOs and law enforcement agencies, found that there were two main factors impacting authorities’ ability to mount a prosecution. The first was inadequate support for victims and the second was lack of resources. Increased funding was promptly identified for law enforcement, however increased funding for victim support has been less forthcoming. In October 2017 reforms of the victim support system were announced by the government however lack of funding remains a key issue in improving support.’  Nusrat Uddin from the Executive Summary 2018. 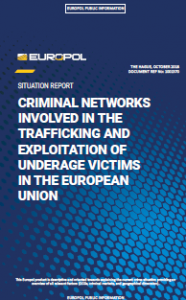 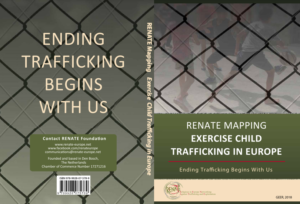 To be read alongside our most recent upcoming RENATE report prepared by CCARHT on the challenge of Unaccompanied Children in the migratory flows across Europe. CT RENATE Mapping Exercise Child Trafficking in Europe Pdf Published 2019 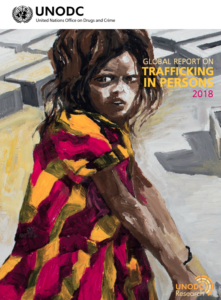 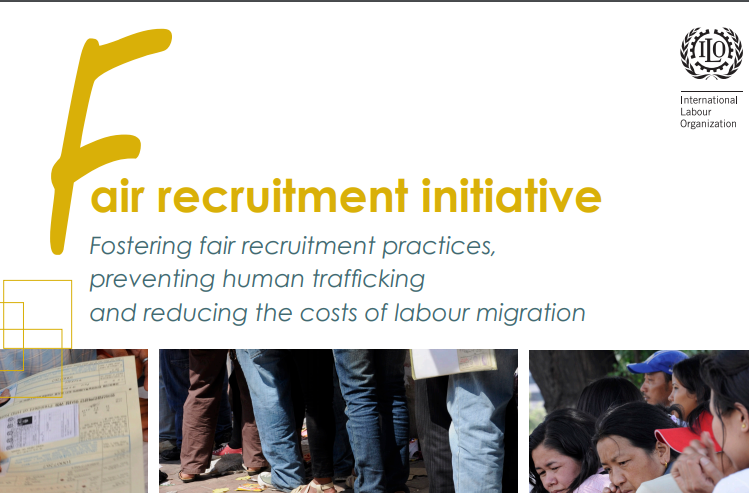 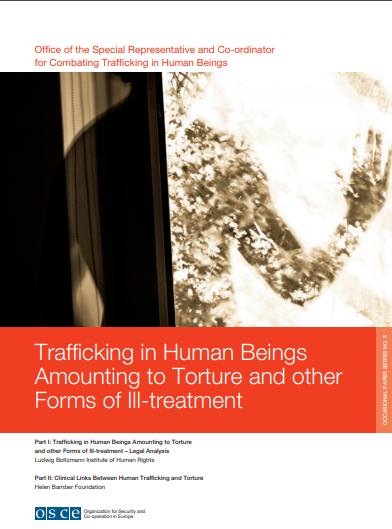 A report commissioned and published in 2013 by the OSCE under the direction of Maria Grazia Giammarinaro OSCE Special Representative and Co-ordinator
for Combating Trafficking in Human Beings who says this about the outcome in her foreword.
Most cases presented in this paper are cases of sexual and labour exploitation including domestic servitude, and show the common patterns of interpersonal violence amounting to torture. “e victim is detained or kept under the factualpower or control of the torturer; the latter uses this unequal
power relation in order to achieve a certain purpose, be it obtaining a confession or keeping a person in exploitation.It is important to underline, however, that having control over a person does not necessarily mean that this person is
locked up.
For example, repetitive abuse gives the perpetrator regular control and makes the victim feel helpless. “is research shows indeed very well the extent to which
trafficking in human beings is associated with violence and human suffering, such that we can compare it and even consider it to be a form of torture. “is association clearly indicates that THB is not only a violation of human rights, is not only a crime, it is also something whose existence is unbearable, against which it is necessary to mobilise moral resources, as in the case of historical slavery. It also suggests, in my view, new criteria to enhance political will against both trafficking and torture, and new means to provide victims with additional protection such as reparation which includes not only compensation but also rehabilitation and
satisfaction.
Maria Grazia Giammarinaro
Special Rapporteur on Human Trafficking
OSCE