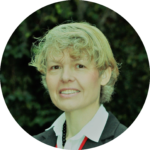 I aim to bring a longer historical view to intercountry adoption, starting from the late 1940s, and I root the movement’s very beginnings in US migration provisions related to the nascent Cold War, but also in shifting conceptions of how foreign adoptions could be enacted (Roman/French law clashing with the new American model of full ‘stranger’ adoptions). My case study in Greece, where the first overseas adoptions were being negotiated to start in 1948, and thus a few years prior to the intercountry adoptions from Korea (an often overlooked fact of sheer chronology). For the purposes of our session, it is also important to note that, from the early Greek beginnings, all vulnerabilities and pitfalls of the intercountry adoption system were present, even though they would only take on more extreme dimensions in later years. My talk will be based on the research underpinning my most recent book, Adoption, Memory, and Cold War Greece: Kid pro quo?