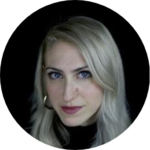 Markella has been associated with The AIRE Centre since 2012 and returned in 2013. Markella is a UK Registered, Greek qualified, European lawyer and AIRE Centre’s Europe Litigation Coordinator. In this capacity she coordinates the Centre’s strategic litigation team, specialising on asylum, and trafficking cases before the European Court of Human Rights and the Court of Justice of the EU. Markella focuses on the AIRE’s asylum, law of the sea, and trafficking work, providing free legal advice and representation to victims of trafficking, the delivery of training to relevant stakeholders and the representation of the AIRE Centre at conferences and meetings worldwide on issues of interest.
Markella represents the AIRE Centre in the EASO Consultative Forum and the EU Civil Society Anti-Trafficking Platform meeting. Markella has been a Lecturer at London South Bank University for the Msc in Refugee Studies on European Asylum Law and Policy and International Refugee Law since 2013.
Markella studied Law at the University of Athens and holds an LLM degree in Maritime Law from the University of Southampton and a Master of Arts degree from the University of Warwick on International Relations and Human Rights.
Markella was the National Expert on Greece for the European Database on Asylum Law in 2013 and has also worked for the European Council on Refugees and Exiles, the International Rescue Committee and UNHCR Greece. Markella speaks fluent Greek, English, French and Spanish as well as basic German.